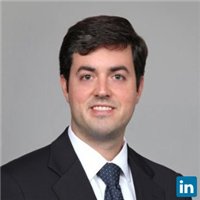 When reflecting back on his years as an undergrad at UW-Madison, Samuel W. Jack can easily pick out the experiences that left a lasting impact on his life. While studying at UW as a freshman, Jack saw the events of 9/11 unfold, and the aftermath as members of the community debated how best to react to the terrorist attack and professors led discussions of what might have led to the conflict in the first place. With this setting to step into as a first-year student, it is not surprising that the idea of studying international relations and conflict had a certain allure for Jack. After taking intensive Arabic language over one of his undergrad summers, he headed to Cairo, Egypt on a study abroad program through UW. Jack remembers the experience as something that solidified his passion for worldly affairs.

“Two of the best decisions I made at UW-Madison were to study abroad and to take a job at the Memorial Library,” he said. “I studied abroad in Cairo, Egypt for the 2003-04 academic year, which furthered my interest in international development and, ultimately, led me to USAID.”

After returning from Egypt and working for the Democratic National Convention in Boston that summer, Jack hit the books again, both to graduate with high marks, and to score well on the LSAT. With a lawyer as a mother, the intent to pursue a professional degree of some sort, and the acknowledgement that a JD in particular could prepare him for a career in the Foreign Service or a similar sector, Jack decided to pursue law school directly after undergrad. He attended George Washington University, located in Washington DC.

“I have a strong interest in U.S. politics and international relations and development, so DC was a natural place to attend law school,” he said. “I planned to take a job after law school that didn’t rely on a law degree, but after starting law school and learning to become a lawyer, I decided to actually practice law.”

As Jack described his experience, he noted how law school aided in the knowledge and passion for international affairs that he had originally obtained through the International Studies (IS) Major. While the IS Major expanded his mind to new ideas and thoughts, he still felt that he lacked the hard skills necessary for the field in which he wanted to succeed. From his first days as a 1L in the competitive and intense environment that is George Washington Law, to his current position at USAID, Jack has remained happy with his decision to pursue a JD.

“Law school taught me the ‘hard skills’ that opened doors and allowed me to pursue my interest in international development,” he said. “Being a lawyer is hard work and not for the faint-hearted: going to law school is expensive and competitive, and being a lawyer can involve long hours and demanding clients. However, it can be incredibly rewarding.”

Going into public service had always been Jack’s intent, and his work at USAID is something he enjoys – which is not a feeling that too many working adults can truthfully express. His position at the General Counsel involves drafting and negotiating agreements to provide development and humanitarian assistance abroad, communicating with other countries and their representatives, all while advancing US diplomatic interests. Within the short amount of time he has been at USAID, he has also had the opportunity to travel abroad, namely, to Afghanistan, where he worked for a month at the US Embassy in Kabul. However, his jet setting is not all business – he also gets to witness the impact that his and his colleagues’ work has on local communities.

“I have traveled overseas in my position and was proud to see the many good things that USAID accomplishes around the world,” he said. “It’s very rewarding that the work you’re doing is at least trying to make a difference.”

As far as advice goes, Jack recommends that students think through the investment of time and money that law school entails – and pursue it only if they are dedicated to the idea.

“Being a lawyer changes how you think and [how you] see the world,” he said. Overall, “You have to be confident that law school is the right thing for you.”

Jack is open to being a resource for any UW-Madison student who is interested in law school, international affairs, or USAID – for his contact information; please shoot us an email at ismadvisor@ismajor.wisc.edu.