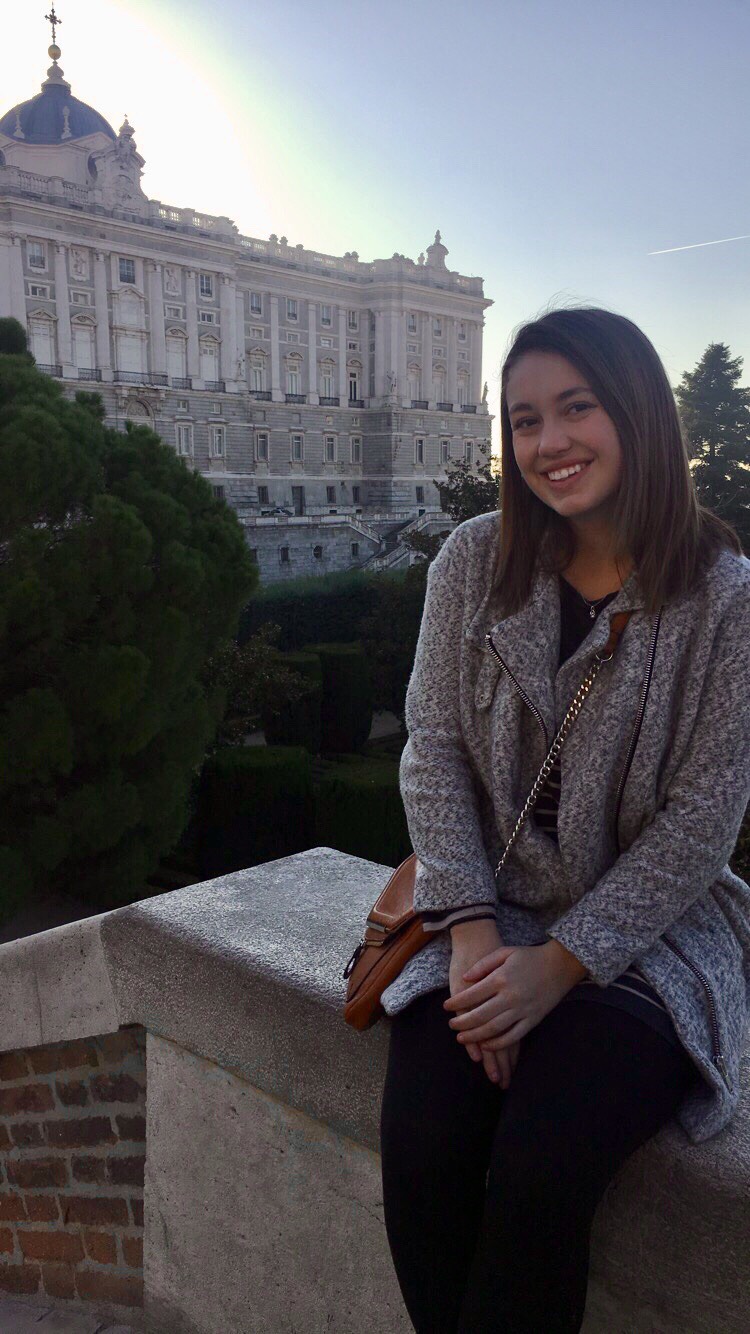 Grace Zitzler is a 2017 graduate who majored in Community and Nonprofit Leadership with a certificate in European Studies. She is now teaching English in Madrid, Spain, through a program called BEDA. “If I think of how excited I was on the day that I got accepted into the program, it was obviously the right choice,” says Grace.

What do you do in your current role?

I am technically a language assistant, so my primary role is to teach. I teach 12 classes of 3-6 year old kids. Throughout the week, I rotate and visit each class twice. I run one hour and half hour lessons set up to help achieve the given goals.

How did you find out about the program?

I had friends who had done the program before, so I knew what to expect and looked online to get more details. During my senior year, I was trying to decide if I wanted to go to graduate school, but I ended up applying to a couple of teaching abroad programs. The application process was pretty similar to U.S. job applications. I needed letters of recommendation from workplaces and professors, and there were some situational-based short answer questions.

What kind of experiences at UW-Madison helped you in your current role?

I worked with Madison Public Schools in the recreation department. I worked in a classroom which was less administrative than what I would have thought. I also worked at preschool and baby-sat in Madison. I studied abroad in London, and it was my first taste of Europe. Experiences like these were uncomfortable, but it pushed me so much further. My non-profit major forced me to look into options that I wouldn’t have thought of.

Do you know and speak Spanish?

Actually, I spoke no Spanish when I got here. However, the learning curve has been pretty high, so I am conversationally fluent but still have a long way to go.

What do you enjoy the most about your work?

I really like working with my kids. The language barrier is very real – I’m not supposed to speak Spanish at school. I really love just seeing how happy the students are to learn something new. Being able to work with my coworkers, I feel like I’m actually getting immersed- they’re so helpful.

What are the pros/cons of living in a foreign country? Why Spain?

Firstly, adjusting from an American lifestyle was difficult. They have Siesta here in Spain, and everything is much slower than in the United States. Finding an apartment was also hard because vocabulary when talking to landlords is different from the daily language. Figuring out who we pay utilities to would have been an easy task in the states, but it became so much more difficult in a different culture and language. However, it is nice just to be able to meet so many people from all over the world as well as to have some good one-on-one connections. And of course, I can travel around Europe as well.

Is this position an example of your final career goal? Or, is it a stepping stone on the way to something else?

It’s a really great experience, and I’ll probably end up staying more than one year. I would love to work in an organization that works with youth development. Eventually, I may switch back to nonprofit or NGOs.

What advice do you have for students who want to get into this type of career/job?

I would definitely say, “Be open to different options.” There are four programs in Spain, and I am sure there are many different programs around the world. Be open and apply to things that you don’t initially think of. Don’t just stick with “oh, my major is non-profit, I can only work for non-profits.” Vary your options and experiences.